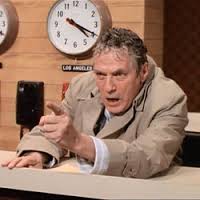 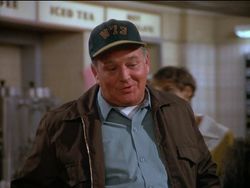 The launch of the divine roosters & angry clowns book tour once again failed to leave the station after I was arrested only days before my scheduled Monday appearance on the Sauger, Tennessee, morning television talk show, Let’s Hook Us Up Some Bluegill.

The distressing calamity began Friday afternoon when I received a call from my publicist Butch Whistles who I hadn’t spoken to ever since I called him days earlier to complain about my cancelled interview with Very Uninteresting Newsmakers with Gil Frost.

At that time Butch was in the middle of a card game at the Pala Indian casino and needed to cut our conversation short. Despite a promise to call me back as soon as possible, Butch became incommunicado. Now he had resurfaced and was eager to explain his absence.

According to Butch, he had been fully intent on contacting me but had become sidetracked when he won a huge pot in a high stakes game of Vegas 3 Rummy. Unaccustomed to such good fortune, Butch celebrated the rare gambling success by getting blind drunk in the casino bar.

Butch remembered little of the evening, other than a vague image of the voluptuous woman from the escort service he had hired dropping what she called  “vitamin pills” into one of his ten Rob Roys. While his memory of the night was mostly blurred, it sharpened considerably the following morning when he woke up and found himself  at the Oceanside Fairgrounds lying alone and naked in a passenger car at the top of the giant Ferris wheel.

While he waited for the park security to call in a carnival ride operator to turn on the Ferris wheel and get him down, Butch had ample time to survey his surroundings. Even in his drug and alcohol-induced haze, he quickly realized the fairgrounds offered a perfect venue to sell some books.

Since I wasn’t supposed to fly to Tennessee until Sunday for my Monday morning interview on Let’s Hook Us Up Some Bluegill, Butch believed a one-day appearance by me hawking books would be a great addition to the divine roosters and angry clown’s book tour. So once Butch was released from his 48-hour psychiatric evaluation at a local mental health outpatient facility, he went back to the fairgrounds and secured me a vendor’s badge for Saturday.

I had to admit that whatever anger I had felt with Butch was now overshadowed by deep admiration over his ability to focus on my book promotion under some trying circumstances. He was a real professional.

On Saturday I arrived at the Oceanside Fairgrounds, which was teeming with children, carnival rides and rows of vendors selling everything from knitted elbow pads to fried foods to homemade whiskey.

When I arrived at my reserved booth, I set down a box containing copies of my book as well as one filled with little plastic roosters and clowns. I had the cute red and orange novelties made up months ago as giveaways for community events like this, figuring they would be a surefire way to attract customers.

Unfortunately as the hours passed by, I wasn’t attracting adults with cash but rather hordes of little kids eager to get one of the colorful figurines. In short time I was drained of the novelties but sadly still had a full complement of books.

Not long after, a large group of children came over seeking the miniature roosters and clowns other kids had told them about. Despite my frustrations with the lack of book sales, their sweet, innocent faces prompted me to let them know I would go back to my car and bring back another box.

It was quite a walk to my car which sat deep in the parking lot. When I finally reached it, I became aware that the gaggle of little urchins had been following me the whole way. As they gathered around me, I opened the trunk and began to hand out the jazzy little knickknacks.

Surrounded by the squealing little tykes, I was surprised to see a police car pull up. Apparently an alarmed woman had called 911 and reported a middle aged man luring young children like the Pied Piper over to his car with promises of little toys.

I tried to explain to the grim faced officer that it was all innocent but my pleas fell on deaf ears. He promptly slammed me to the ground, cuffed my hands and roughly took me into custody, where I spent the rest of the weekend locked up.

When I appeared shackled in court on Monday morning, I was able to explain the circumstances to the judge who thankfully let me go. Once outside of the courthouse, I promptly called Butch. When he answered, I began to complain about the unfortunate set of events that had befallen me. Butch however interrupted my rant and informed me he had to go. He didn’t go into detail as to why he couldn’t talk but swore he would call me back as soon as possible. 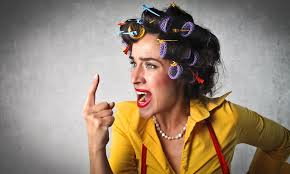